On 2 April 2015, I visited Arsenal’s Emirates Stadium for their match against Watford. The atmosphere was nothing short of electric on the day and I was so pumped for the game I was at Arsenal Tube Station at 12 noon although the kick off was at 3pm.

The streets near the Emirates and the old Highbury Stadium were lined full of fellow Arsenal supporters dressed in red and white. Stalls and pubs all around were named after Arsenal and the atmosphere was buzzing on a sunny Saturday afternoon. I managed to go into the stadium for a stadium and musuem tour to further enhance my matchday experience with my friend who joined me for the trip. The walk down the Ken Friar Bridge was just a surreal experience showing club legends who had played for the club (except Fabregas). Ken Friar himself was an Arsenal fan and worker who had served the club he loved for decades. He showed me what it meant to be a fan of this fantastic team. In the stadium, I was able to see for myself what the place was like behind the scenes. The home dressing room was unbelievable, with a hot and cold pool as well as a physiotherapy room among other top class facilities. The museum showed so much more of the club’s history from a time long before I was born. This convinced me further of my cause and why I stay up to 3 am to watch games.

When I settled on my seat for the match, the atmosphere was already very lively. Fans were singing songs which were so familiar. Chants of ‘We’re by far the greatest team’ and ‘Arsenal’ were filling the air even before the teams were announced. When the team stepped on the pitch, I could see the players right in front of me. People I have only usually seen from my TV screen now look so much more alive. I was thoroughly overwhelmed by that sight.

Watford were very noisy, chanting about them going to Wembley and how they knocked us out. Many fans then responded to their chants with ‘Stand up, if you won the cup!’. They simply needed to be put in place and not talk about the Cup in the home of the most successful FA cup team in the Premier League!

The match went on so smoothly, with Alexis scoring on the 3rd minute and we never looked back. Bellerin, Walcott and Alex Iwobi all scored in a comprehensive 4-0 win. So much for cup victory Watford, seriously! The team did well all over the park with Ospina making a good save and Ozil pulling the strings. Welbeck was really hardworking as well just to name a few. The passion from Arsenal fans in England can match our supporter’s club’s passion in Molley Roffey’s and I really felt at home there.

After the match, I snapped a few photos of the Arsenal statues, stadium and bought myself a few souvenirs from the Megastore. Arsenal is so big in England that even after the match had ended for 1 hour, people had to queue to enter the tube station. Biggest team in London? For sure.

COYG and I hope I can go back there one day in the near future. 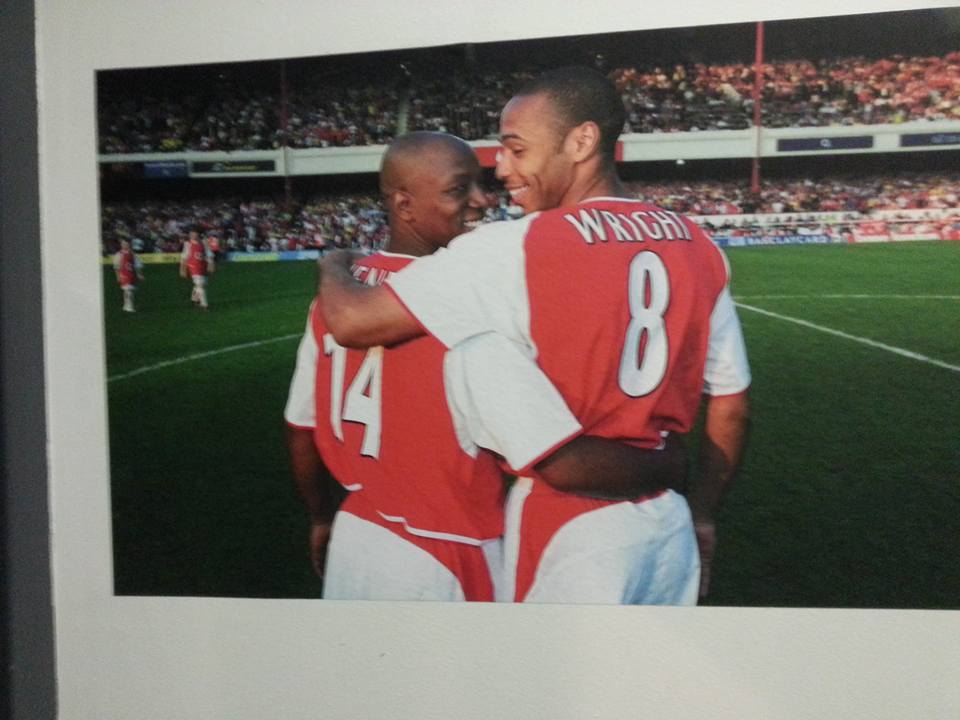 Our Home on Match Nights

Join us on match nights ‘Live’ at our home of Arsenal Singapore !

Please note: While the home of Arsenal Singapore - IndoChine Restaurant - welcomes all supporters, it is NOT a neutral pub and therefore will reserve the right to turn away any non-Arsenal supporters especially those wearing the colours or jerseys/t-shirts/caps of the opposition or be asked to change out of their outfit before they can enter the home of Arsenal Singapore. Arsenal Singapore members who bring along their non-Gooner friends are advised to remind them of this policy. As fellow Gooners, you are also responsible for the behaviour of your friends. What we expect from all fans is basic respect especially from guests who are non-Arsenal supporters. There is no 'away' section in our pub so all we ask is that your guests respect that they are on Arsenal ground. Fans who want to cheer on the opposition should consider watching the game at the home pub of that particular club instead. Let's make all match nights an enjoyable one with our fellow Gooners! *Additionally: IndoChine Restaurant welcomes all gooners, official members of Arsenal Singapore and the public, to attend the match screenings.*

We are the Official Arsenal Supporter's Club in Singapore. For more information, please visit www.arsenal.com